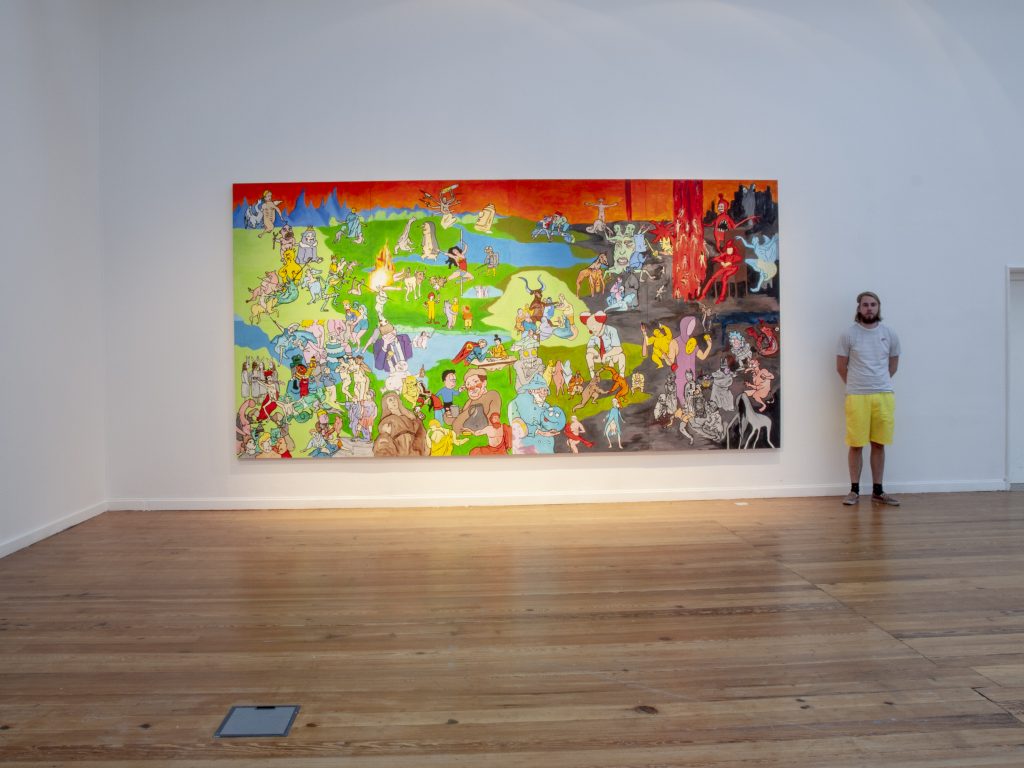 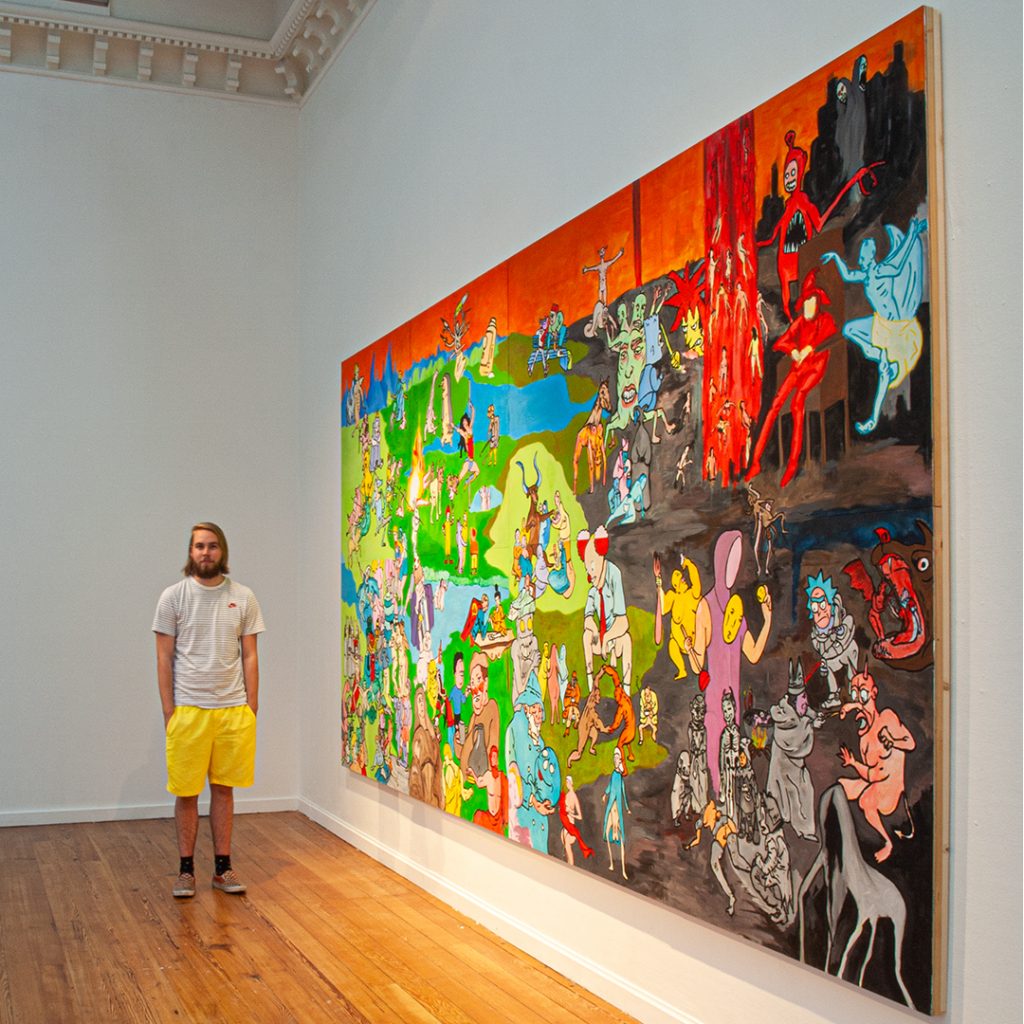 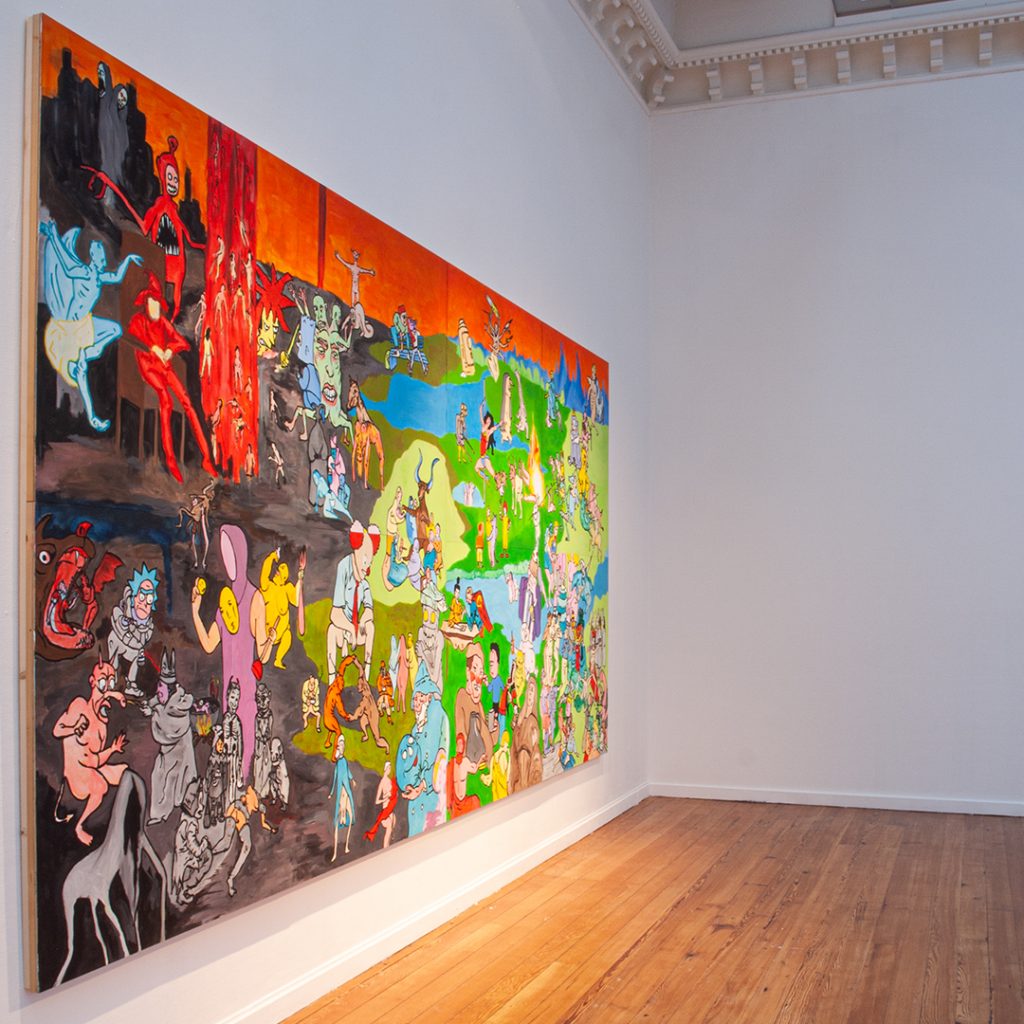 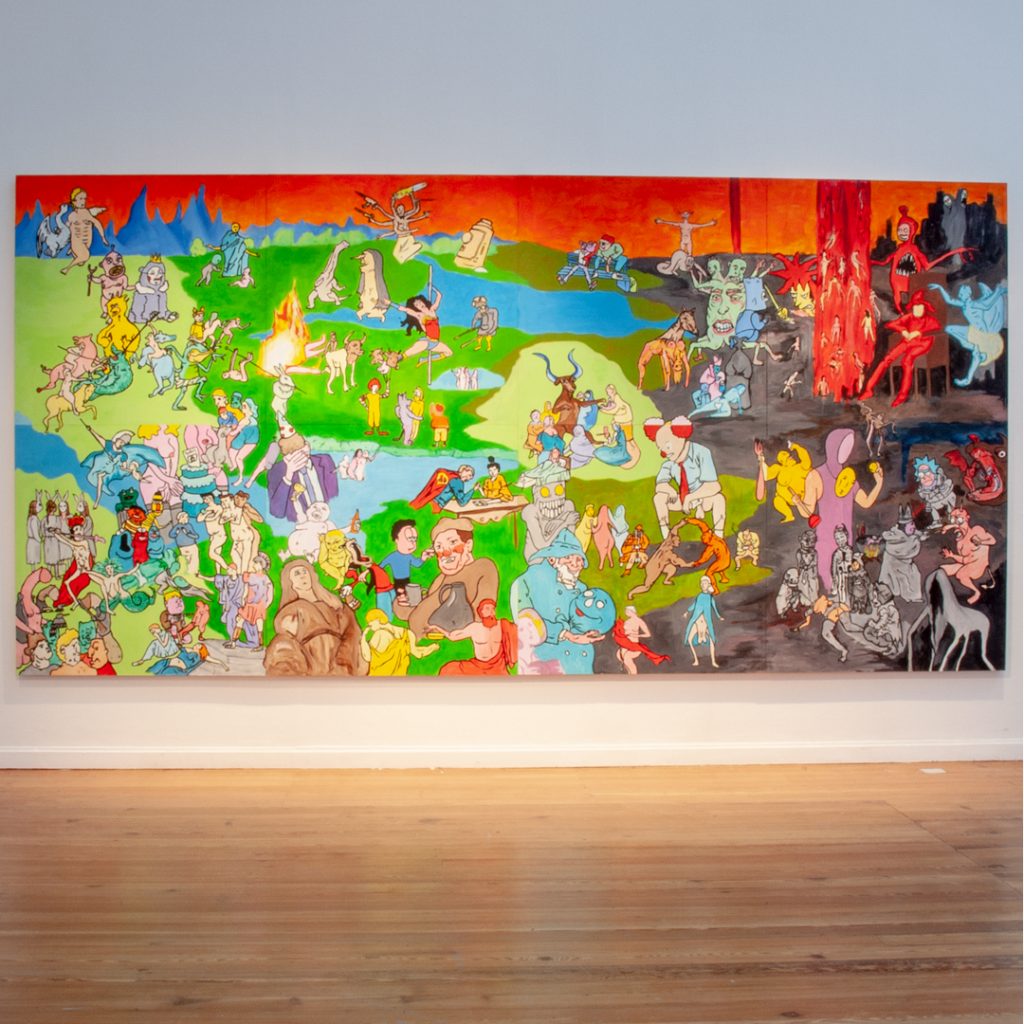 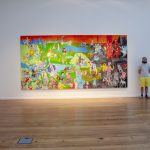 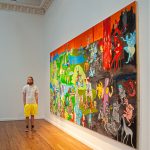 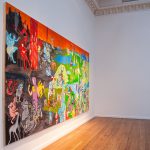 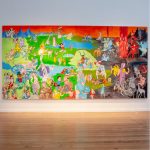 My graduation project is a large wall-filling painting consisting of eight panels of 1.22m by 1.22m called “It Warrebosch”. Jheronimus Bosch’s “Garden of Earthly Delights” was one of my sources of inspiration. That helped me create in my own way what is happening in the world right now.

In “It Warrebosch”, as an experience expert i got inspired by the art of painters, writers, films, comics, Frisian sagas and legends. I try to depict this as well as possible and in my own way on my 12 m2 eight-part. The storyline is synchronous in both works. The title suggests it is a lot of higgledy-piggledy and a big mess that I have under control. the works are separated from each other. Scenes with a lot of Mythological, Cosmic, Humorous, Biblical, Modern and Fantasy figures are passing by. “It Warrebosch” means a jumble of confusion in the Jheronimus Bosch way.